Ivy: properties, use and contraindications 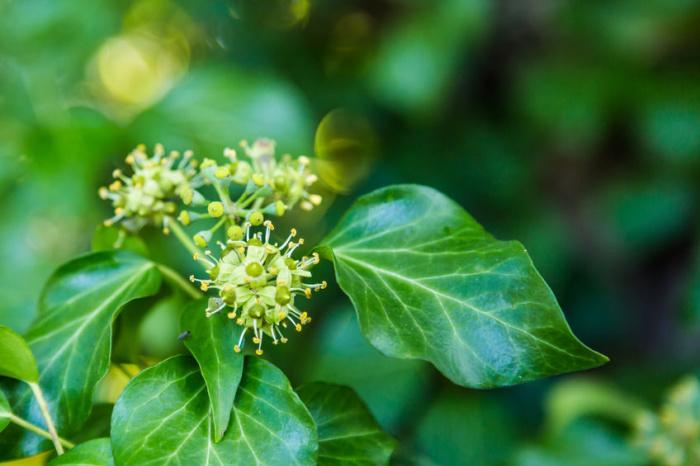 Ivy ( Hedera helix ) is a plant belonging to the  Araliaceae family . It is a very common climbing shrub in the woods , used in herbal medicine and phytotherapy for the treatment of respiratory disorders and in cosmetics to combat cellulite. Let’s find out better.

The dried leaves are used for the ivy, rich in triterpene saponins, flavonoids, phenolic derivatives, coumarin glycosides, phytosterols, alkalodes, minerals and other substances.

The medicinal use of ivy is very ancient: traditionally this plant is used for the treatment of numerous ailments, from hypertension to rheumatism, from cough to scabies.

Today ivy is used above all for inflammations of the bronchi and to reduce the secretions of viscous mucus and clear the airways.

As a cosmetic ingredient , ivy extract is used for its anti-cellulite action attributed to the presence of saponins. Body creams that contain ivy

are recommended to combat orange peel skin, localized fat deposits and to firm skin that has lost tone and elasticity.

In herbal medicine and pharmacy you can find liquid and dry extracts to be used to treat the respiratory tract , quell coughs and eliminate excess phlegm. It is important that ivy be purchased at an herbalist’s shop as the drug must be titrated and standardized.

The application of ivy-based cosmetic creams on the areas of the body most affected by cellulite is a classic remedy to counteract accumulations of fat and orange peel skin. In Northern Europe, both in Ireland and Scandinavia, there is an ancient use of the so-called “ivy water” to rinse the eyes in case of irritation, inflammation and infections.

Leaves and ivy-based preparations can cause contact allergies in sensitive individuals, which are generally not serious.

Prolonged use and overdose can also lead to gastrointestinal problems including vomiting and diarrhea, as well as skin reactions.

The bitter-tasting ivy berries are believed to be toxic. The biggest risks are for children , who can eat leaves and berries.

Ivy is also used as a natural dye for fabrics: discover the others

Description of the plant

Ivy is very common in woods and gardens , where it grows by supporting itself on trees, walls, gates. In fact, the plant has a climbing habit and develops horizontally or vertically thanks to adventitious roots present on the branches.

The leaves of the vegetative branches are leathery, alternate, divided into 3-5 lobes, of a beautiful dark green color, often mottled. the leaves that grow on the flower stems are oval with a whole margin.

The flowers are grouped in simple umbrellas and are yellow – greenish, while the fruits that develop after flowering are small black berries, toxic to humans.

Ivy and its varieties

As an ornamental plant, there are many varieties and crosses , including the ” Chicago ” and the ” Golden Gate “, which have peculiar characteristics, especially regarding the size of the leaves, their color (which can range from green to whitish a speckled red) and their design (uniform, veined, marbled, etc.).

The ivy grows and thrives in humid environments , such as the shady areas of the woods, where it covers and parasites plants, even very tall ones.

In the countryside it is not uncommon to come across ruins covered with ivy. It can withstand the icy climates of the northern countries as much as the scorches of the countries of the fertile crescent.

It is believed that it originates from the ancient laurisilva which in the past covered the ancient Mediterranean area. In fact, ivy, in its different varieties, is originally found from the Canary Islands (where some remnants of ancient laurisilva still exist) to the Caucasus, passing through the Balkans, northern Africa and southern Europe.

In the years of the conquest of the New World and the very New World, the introduction of this plant in countries such as Australia, New Zealand, USA and Canada caused serious damage to the endemic vegetation due to the invasive potential of the ivy .