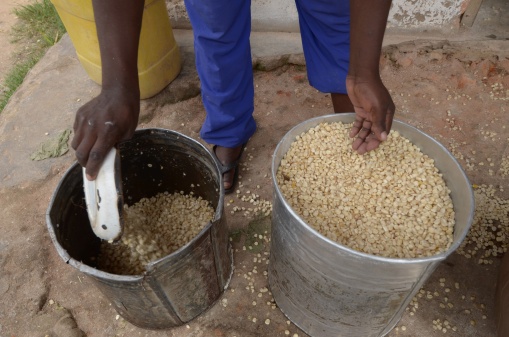 It took half a century for European countries to contribute to the development of the former colonies, to a variably ineffective measure (Europe’s first support for the former African colonies dates back to 1963, with the Yaoundé conventions). But five years were enough for the emerging economies to conquer a large part of the arable land in developing countries and secure sources of supply.

On November 1, 2010, the second revision of the Cotonou Agreement between the EU and the 79 ACP countries (Africa, Caribbean and Pacific) came into force , regulating the cooperation relations between Europe and its former colonies. In this phase, the new key points of cooperation in the food sector were outlined:

1) Development of the economic sector: cooperation must support sustainable policy, institutional reforms and the investments necessary for equal access to productive resources and economic activities . In particular: the development of strategies to improve agricultural production and productivity in ACP countries, through the financing of research and infrastructures in agriculture, and risk management. It also recognizes the key role of sustainable fishing in ACP countries and its contribution to job creation, ” food security ” (that is, security in the availability of food supplies), poverty reduction , etc.

2) Cooperation: European cooperation must ensure economic development, the free circulation of goods, people, services, capital, labor and technologies between ACP countries as well as the development of trade between them and third countries. In the context of regional policies, cooperation must support the priorities of the ACP areas, with particular attention to the issues of ” food security ” (that is, the availability of food for the populations) and agriculture.

3) Perspectives: the present of the ACP countries is at least in part in our hands, also given the poor results achieved so far at the UN in the context of the MDGs (“ Millennium Development Goals ”). And our future is largely entrusted to the agricultural development of these countries, provided that the neo-colonialism of China, South Korea, India and the Arab Gulf states does not take over.

For five years now, governmental and non-governmental economic giants (such as Petrochina, the first state-owned enterprise of the ” People’s Republic of China “) have made enormous investments in the agricultural expanses of developing countries, to guarantee the direct supply of food.

The expression ” neo-colonialism ” – coined by the Director General of FAO, Jacques Diouf – refers to the land where about one fifth of world food production takes place, the object of conquests from countries more or less distant such as China and South Korea , India, Kuwait, Qatar, Yemen, Saudi Arabia.

The World Bank estimates that international land purchases and leases affect approximately 50 million hectares in Africa, Asia and Latin America: a conservative estimate in the absence of certain news, due to the opacity of contracts often not subject to registration obligations China, to cite a few examples, has been awarded ownership and exploitation of large estates in Cameroon, Tanzania and Monzambique (for rice), Uganda and Zimbabwe (cereals), Philippines, Laos, Kazakhstan , etc.

Some observers speak of real ” land grabbing ” (land grabbing), in cases such as that of the South Korean Daewoo which in 2008 had tried to acquire an exclusive right of use of 1.3 million hectares, 50% of the arable lands of Madagascar for the duration of 99 years (attempt later failed thanks to international protests).

The differences between the neo-colonial method and the European approach to cooperation are not entirely negligible.

1)   access of local populations to productive resources . The “neo-settlers” often buy plantations directly from local governments, in the absence of rights or documents that recognize and certify the ownership of many areas